Often the subject of debate, CRISPR/Cas 9 has come to the forefront of the scientific community as its development bridges the worlds of Sci-Fi and reality. Yet while CRISPR/Cas9 has been successfully used in altering the genetic inheritance of insects, applying the same technology to mammals has proven to be significantly more complex. With the recent development of active genetics technology in mice by UC San Diego researchers, a huge stride has been made for the much contested future of gene technology. 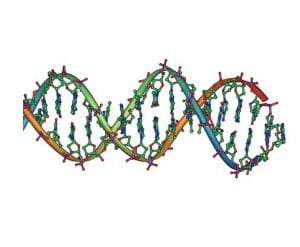 Releasing their findings in January, the team led by Assistant Professor Kimberly Cooper engineered a copycat DNA element into the Tyrosinase gene controlling fur color. The copycat DNA results in mice that would have been black appearing white. Over two years they determined the copycat element could be copied from one chromosome to another, repairing breaks targeted by CRISPR.  Ultimately, the genotype was converted from heterozygous to homozygous.

Following the success of her lab’s single gene experiment, Cooper hopes to use the technology to control the inheritance of multiple genes and traits in mice. Her experiment, the first active genetic success in mammals, has biologists hopeful for  future development of gene drive technologies to balance biodiversity and mitigate the adverse effect of invasive species.

Cute Pigs Save the Day