Bears Are Adapting To Our Unbearable Drones

A recent paper by Mark A Ditmer’s researchers offers some insight that suggests that American black bears are adapting to the exposure of unmanned drones. 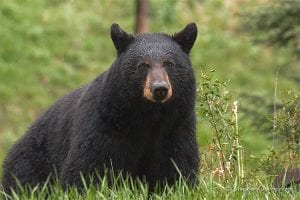 These drones are used mainly for conservation purposes to gather data in various environments. Yet, animals are known to be disturbed by low flying drones, displaying changes in animal behavior when drones are near. In fact, many animals display behavioral signs of fear towards a low flying drone.

Something to note is that this tolerance to drone exposure is probably species dependent. In particular, more social animals that interact with humans frequently are assumed to have higher tolerance drones. This implies that the American black bear has evolved and habituated to human exposure and, as a result, have increased tolerance after repeated exposure to unique stimuli.

Despite this discovery, Ditmer warns that “close-proximity drones near wildlife should [still] be avoided.” However, he expresses that this new discovery “can provide benefits without long-term high-stress consequences” for drones with conservation purposes.

How your poop determines your health