Why Too Much Viagra Messes Up Your Vision.

Sildenafil is the active ingredient in Viagra and too much of it may be toxic for the cells in your eyes. According to a new report, a man in Massachusetts developed vision loss after consuming a whole bottle of Viagra. It was a 30-milliliter bottle of liquid sildenafil and contained 750 milligrams of erectile dysfunction drug. After that he began having eye problems. The man visited the doctor after two months and described seeing a ring or “doughnut” shape in his vision. 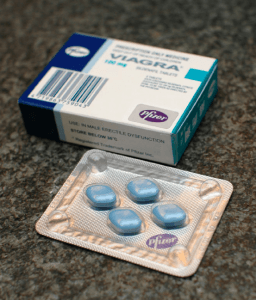 The man ended up having problems with his retinal cells. Retinal cells are light sensitive cells at the back of the eye that convert light into electrical signals that are then sent to the brain. There is no treatment for the condition and it is unclear if the man’s vision ever improved.

So how does sildenafil cause problems in eye cells? It is known to inhibit an enzyme called phosphodiesterase type 6. In high doses this inhibition causes the buildup of a molecule that is toxic to retinal cells. 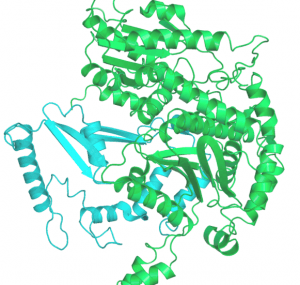 Some people have reported eye side effects after taking sildenafil called non-arteritic anterior ischemic optic neuropathy, also known as NAION. According to Brigham and Women’s Hospital, this causes the loss of blood flow to the optic nerve which then causes a sudden loss of vision. In this man’s case, he did not have NAION. However, it is unsure if it is the medication actually causing the condition or if people who take sildenafil are more likely to have other risk factors for the condition.

Is Photosynthesis the Key to World Hunger?