Is Photosynthesis the Key to World Hunger?

With a global human population growth of about 83 million annually, one of the most pressing questions of the 21st century is how we will support our ever expanding population. A central study apart of the RIPE (Realizing Increased Photosynthetic Efficiency) International project may have found a key contributor to the solution. 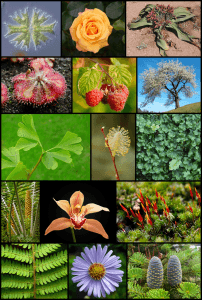 Photosynthesis functions using an enzyme Rubisco and sunlight to turn carbon dioxide and water into sugars and oxygen. Overtime, Rubisco has created our oxygen rich environment, and now is unable to discern accurately between molecules of oxygen and molecules of carbon dioxide. 20% of the time Rubisco will grab oxygen instead of carbon dioxide, creating a toxic substance which must be recycled through a process known as photorespiration. Scientists from the University of Illinois and the U.S. Department of Agriculture Agricultural Research Service reported that plants engineered with photorespiratory shortcuts are 40% more productive in real life situations.

Currently being tested with genetically modifying tobacco plants, experts hope to apply this technology to food related crops within the next ten years. This represents a massive feat for addressing world hunger, as 200 million people could be fed with the calories lost to photorespiration in the midwest United States alone. RIPE and sponsors such a the Bill and Melinda Gates Foundation have pledged to allow small farmers (especially in sub-saharan Africa and Southeast Asia) free access to any project discoveries.

Why Too Much Viagra Messes Up Your Vision.