In today’s world, people are more cautious than ever about cleanliness and hygiene. One would be hard- pressed to walk into an elementary school where hand sanitizer lined the halls and a plethora of foods weren’t avoided. It seems as if the parenting goal of the 21st century is to sterilize every surface that their child tries to touch. But could this shelter of cleanliness actually be making these children more susceptible to illness? 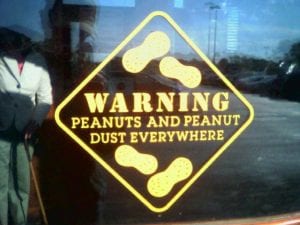 The National Microbiome Initiative has reason to believe so. Via attentive study of the diversity of bacteria that call the human body home, scientists have determined that sterilizing the world of a young child may inhibit the development of his or her microbiome and consequent immune abilities. Scientists have determined that proper exposure to “dirt” plays a vital part in “training” the immune response to bodily intruders. Although a human’s bacterial microbiome is mostly formed within the first 100 days of life, continued exposure to foreign substances is vital for its proper development. Whether it be a strain of bacteria, a peanut, or a certain animal, when children aren’t exposed to the full range of microbes that the world has to offer they develop with a lower capability to manage them.

Since this generation of children are growing up in an increasingly sterile world, it is intuitive that the prevalence of allergies has skyrocketed. In a 2016 study at the University of California San Francisco, researchers found that one- month old children who lacked particular gut microbes were three times as likely to develop an allergy by age two. Their immune response is not properly trained to distinguish between what belongs in the human body and what is an intruder, and thus is more likely to mistake something as banine as a peanut or gluten for an intruder.

Although pediatric hygiene is important, maybe it’s time for parents to stop putting a Clorox wipe to every surface their children touch. Who knows? A tumble in the playground dirt may help develop a toddler’s microbiome and not just scuff up their jeans.