Can humans see in the dark?

If you said yes, you are correct! When I saw the title of Emily Underwood’s article, “How humans- and other mammals- might have gotten their night vision“, it immediately intrigued me. Sight is an amazing gift that we all take for granted. Our eyes are incredible organs, and scientists are now discovering how they work when we see in the dark naturally. That is pretty cool! 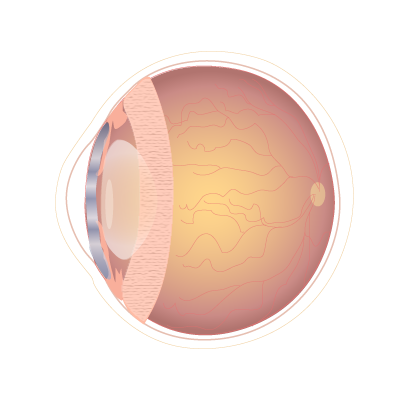 Underwood’s article describes a study that gives insight into how our eyes work in the dark. According to her, “On a moonless night, the light that reaches Earth is a trillion–fold less than on a sunny day. Yet most mammals still see well enough to get around just fine—even without the special light-boosting membranes in the eyes of cats and other nocturnal animals.

In broad daylight, mammalian retinas respond to photons, which activate rods, which then send an electrical signal to the brain through a ganglion cell. It was thought that this retinal circuit was the same when the sun went down, but a new study by Greg Field and his colleagues at Duke University proves that the retinal cells adapt when there is no light to create what we know was natural night vision. How?

To understand this new study, we first need to know about direction-selective ganglion cells.

Direction-selective ganglion cells (DSGCs) specialize in motion detection. Depending on the movement of an object, different cells get excited. For example, some DSGCs fire when an object moves up and down and other DSGCs fire when an object moves from left to right. These ganglion cells play an important role in telling the brain where an object is moving towards. By doing this, the brain can make a decision as to how your body should act.

However, in the dark DSGCs behave very differently. Field’s experiments aimed to see how the DSGCs adapt when there is no light. His team examined slices of mouse retinas on glass plates embedded with electrode arrays. In an oxygenated solution, the mouse retinas could still “see” while the arrays recorded the electrical activity of the neurons. They ran the experiment twice: once under a normal “office light” setting, and once by dimming the lights to a moonlight setting. Looking at the results, Field found that three of the four directional DSGCs did not have a response to motion when they dimmed the lights. The only cells that were responding were the ones that usually respond to the motion “up” in daylight. In fact, these cells compensated for the other DSGCs, and were now responding to motions like “down” and “sideways”.

Why were the “up” DSGCs were acting differently? To answer this question, Field genetically engineered mice without intracellular gap junctions to run the experiment again. Gap junctions have previously been associated with night vision, and the results in Field’s experiment confirmed their relationship. The mice lacking gap junctions were not able to adapt to the dark. This shows that gap junctions are critical in boosting motion detection in the “up” cells when there is limited light.

It is still not known why specifically the “up” cells contribute to natural night vision, what do you think?

Field’s findings will be helpful to artificial vision efforts. DSGCs make up 4% of ganglion cells in humans, a small amount compared to 20% in mice. Yet a large part of retinal prosthetics relies on electrically stimulated ganglion cells. Studies like this can fine-tune the technologies that will be able to help visually impaired people, which is why I love reading about them. These experiments are crucial in progressing the future of medicine and the treatment of all kinds of health issues.