Diversity in Forests Will Save the Earth

Global warming is a fast approaching problem that the human race cannot ignore. It is caused by a number of factors, including the overuse of fossil fuels and farming. These things release the greenhouse gases that warm the atmosphere and contribute to the overall problem. As humans, we are in no rush to stop doing these things, as they provide transportation and food. However, there is one more factor that is more easily controlled than the former; deforestation. Deforestation actually affects the environment differently than burning fossil fuels and farming in that it doesn’t produce more greenhouse gases- it strips the earth of it’s ability to metabolize gases-namely, CO2-into oxygen. The solution easy; just plant more trees, right? While not inherently wrong, research has shown that there is a smarter way to do it. 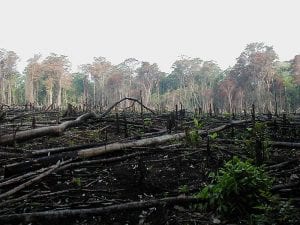 The smarter solution is as simple as planting different species of trees instead of just one type. BEF-China was started in 2009 as a community effort between Germany, Switzerland, and China- an experiment to record the changes when biodiversity was altered. What they found was incredible; more than twice as much carbon was stored in the plots with more species than in those with monocultures. This was not the first time species-rich environments were tested, though; this project is backed up by and based on a series of experiments done in the 1990s, where it was found that each species differs in its ability to capture certain resources. This biodiversity will not only work in the limitation of multiple types of resources, but will also provide habitats for other animals, increasing biodiversity not just in plants, but wildlife as well.

If nothing else, this new research will inform forest clearers’ decision making. It is improbable that humans will suddenly stop needing lumber, but small steps such as clearing monocultural forests instead of diverse ones will make a big differences. Because of the rising interest in the replanting of forests, this information can improve daily life in that respect. The point of no return is coming upon us, and it is important that we as inhabitants of earth do everything we can and do it intelligently.