Up until now Giraffes have been considered a singular species with nine subspecies.  Recently scientist from Senckenberg and the Giraffe Conservation Center have studied the genetic makeup of giraffes throughout the continent. The samples were taken through skin biopsies of the Giraffes. The analysis of these samples have proved that there is not “only one, but at least four genetically highly distinct groups of giraffes.” These giraffes also seem to not mate in the wild. This discovery of four genetically different groups of giraffes means that the traditional way of classifying giraffes is in need of an upgrade. The traditional  way of determining species of giraffes was based on coat patterns, horn structures, and geographical distribution. The new way of classifying species is based on their genetic structure. The four species based on genetics would be “southern giraffe (Giraffa giraffa), comprising two distinct subspecies, Angolan (G. g. angolensis) and South African giraffe (G. g. giraffa), (2) Masai giraffe (G. tippelskirchi), (3) reticulated giraffe (G. reticulata), and (4) northern giraffe (G. camelopardalis), which includes Nubian giraffe (G. c. camelopardalis), West African giraffe (G. c. peralta) and Kordofan giraffe (G. c. antiquorum) as distinct subspecies.” Not only did this study differentiate species but brought some older species of giraffes. This new discovery not only changes the way we refer to giraffes but how species conservation is carried out. Now not only is the giraffe under threat but their biodiversity is also under severe attack. 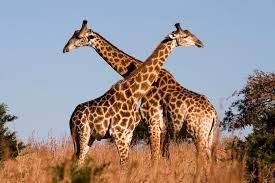 If you want to read more on giraffe conservation you can click here.