Crispr is coming soon to hospitals and medical facilities near you

In 2013, researchers demonstrated a type of gene editing ,called Crispr-Cas9, which could be used to edit living human cells. This means that DNA could be altered. It has been tested in labs, but now it is going to be tested on humans.
Crispr Therapeutics applied for permission from European regulators to test a code-named CTX001, in patients suffering from beta-thalassaemia, an inherited blood disease where the body does not produce enough healthy red blood cells. Patients with the most severe form of the illness would die without frequent transfusions.
If the trials are successful, Crispr, Editas and a third company, Intellia Therapeutics, plan to study the technique in humans with a bigger range of diseases including cancer, cystic fibrosis, hemophilia and Duchenne muscular dystrophy. 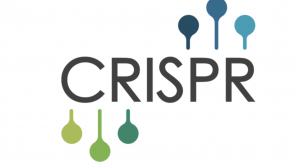 Since China is more lenient when it comes to human trials, several studies are already happened, but there was no conclusive data.
Katrine Bosley, chief executive of Editas, says the field of gene editing is moving at “lightning speed”, but that the technique will at first be limited to illnesses “where there are not other good options”.

The reason for this is because, as with any new technology, scientists and regulators are not fully aware of the safety risks involved. “We want it to be as safe as it can, but of course there is this newness,” says Ms Bosley.

Although Crispr-Cas9 has not yet been trialled in humans in Europe or the US, it has already benefited medical research greatly by speeding up laboratory work. It used to take scientists several years to create a genetically modified mouse for their experiments, but with Crispr-Cas9 “transgenic” mice can be produced in a few weeks.
Despite the sucesses, the field of gene editing has been hampered by several setbacks. Editas had hoped to start human trials earlier, but was forced to move the date back after it encountered manufacturing delays. Crispr has lost several key executives in recent months, while Cellectis had to suspend its first trial briefly last year after a patient died.

Crispr is in its beginning stages ,and although it is not yet mainstream, it is expected to be completely groundbreaking in the field of medicine.