Fragile X syndrome is a rare condition affecting 1 out of 3600 boys born. Symptoms of this genetic condition are delayed development, often impulsive actions and intellectual difficulties. There is no cure. The disease is caused by DNA methylation, which is caused by the random addition of a methyl (CH3) group to the DNA strand. CRISPR technology has made it possible for this methylation to be removed – essentially, the CRISPR/Cas9 system removes the extra CH3 group. 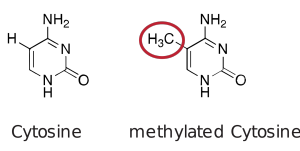 The mutation occurs in the FMR1 gene on the X chromosome, as the name suggests. The methylation prevents the expression of the FMR1 gene, and the CRISPR/Cas9 system removes the added CH3 group, allowing the gene to be expressed. The FMR1 gene is crucial in brain and cognitive development, so the CRISPR technology allows for this gene to function – virtually rescuing the person from the disease.

Due to the successful application of CRISPR technology to Fragile X syndrome and the FMR1 gene, this rare disease is better understood by scientists. This same technology, which removes the added CH3 group, thus removing the methylation, is hypothesized to be useful in lessening or eliminating symptoms from diseases such as muscular dystrophy.