If you have ever seen GATTACA, and thought ‘Wow! I want to edit my genes!’… you may be in luck! CRISPR technology is a simple tool for editing ones genomes. (CRISPR is just a nickname for “CRISPR-Cas9”. ) A genome is an organism’s complete set of genes, including non-coding nucleic acid sequences. CRISPR technology has many different applications, including altering DNA sequences, modifying gene function, correcting genetic defects, and preventing the spread of diseases. Although all of these functions sound positive, CRISPR technology seems to raise ethical concerns. 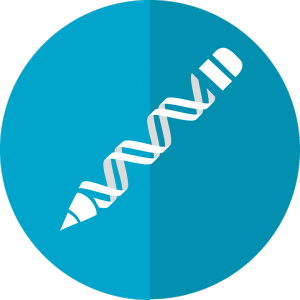 CRISPR stands for “clusters of regularly interspaced short palindromic repeats”, and is a specialized region of DNA with two definitive characteristics: the presence of nucleotide repeats and spacers. Nucleotides are the building blocks of DNA, and eventually proteins. CRISPR technology was adapted from the natural defensive mechanisms of bacteria. In order to repel attacks, these organisms use CRISPR derived RNA and various Cas proteins (including Cas 9), to attack foreign viruses, or other unknown bodies. CRISPRs are specialized stretches of DNA. The protein Cas9 is an enzyme that acts like a pair of “molecular scissors” which acts to cut strands of a person’s DNA. This protein usually binds to two RNA molecules: cRNA and another called tracrRNA. These two forms of RNA guide Cas9 to the target site, where it will make it’s “cut”. Cas9 cuts both strands of the DNA double helix, making what is known as a “double strand break”. This is how genes are editing.

Bouncing back to the defensive bacteria organisms that started this all, they attack foreign invaders by chopping up, and therefore destroying, the DNA. This allows for the manipulation of genes. These bacteria also use the spacers as a bank of memories which allows the bacteria to recognize viruses and other invaders.

However, due to these discoveries of how CRISPR technology works in bacteria, CRISPR technology is now going to be used to edit the genes of people to change genomes and possible diseases and phenotypes. This has caused some ethical concerns to arise in regards to CRISPR technology being used for human genome editing. Most of the changed involving genome editing are limited to somatic, or body cells, (not sperm or egg cells). Changes in body cells can’t be passed from generation to generation, but changes in sex cells can be passed onto future generations. Some of the previously mentioned ethical concerns include whether it would be a good idea to use this technology to enhance normal human traits (including height and intelligence). Due to these ethical concerns these genome edits are actually illegal in many countries!