The Swiss government has just passed a law that is illegal to boil a live lobster. The government of Switzerland believes that lobsters can feel pain.  Dr. Richard Elwood says, “there should be a more humane approach with lobsters.”  Dr. Elwood says that crustaceans, like lobsters, guarded their wounded areas. They also avoided areas were they would be shocked and live crabs crawled off of a hot barbecue grill. These are some of the main pieces of evidence that support Dr. Elwood’s theory. Dr. Elwood believes that these responses are the crustacean equivalent to expressing being in pain. 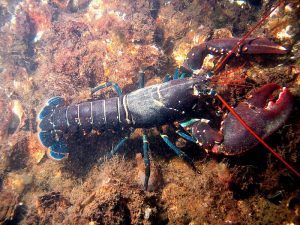 Dr. Ayers disagrees with the notion that lobsters can fell pain. He believes they lack the brain anatomy need to feel pain. Dr. Micheal Tlusty, a lobster biologist, says although lobsters do not have the brain anatomy that we associate with pain there is no way to be certain because  crustacean brains are so different from the human brain.  Even though a lobster will continue to twitch after loosing a limb, there is no way to be certain if it is out of discomfort or a natural reflex.

According to the Swiss government says electrocution, by Crustastun, is the preferred option