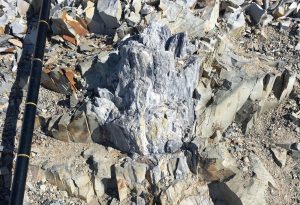 Professor Gulbranson, one of the geologists on the expedition, believes the trees must have been an extremely hearty species to survive, and “The trees could turn their growing cycles on and off like a light switch. We know the winter shut off happened right away, but we don’t know how active they were during the summertime and if they could force themselves into dormancy while it was still light out.” The polar forest grew at a latitude (geographic coordinate– location) where plants can no longer grow today, and they grew in nearly half a year of darkness and five months of continuous light. They were able to grow in these conditions because they grew during the Permian Period, where Antarctica was much warmer than today and part of Gondwana (A supercontinent which was part of Pangea).

One of the biggest challenges for the team was dating the trees. The trees could be 20 million years older or younger than their dated age of 280 million years because of the margin of error. They are still researching why polar ecosystems changed during the mass extinction at the end of the Permian period, but their current theory is that 90% of all species were wiped out because of higher global temperatures and ocean acidification. Professor Gulbranson believes his work could help understand the effects of contemporary climate change.