Are you guilty of a pHatty diet?

What is the pH scale?

According to FoodandNutrition, because the kidneys and liver work to control the acidity levels but when big amounts of acidic food is consumed, it’s difficult for the body to accustom to the acidity which could be detrimental. It is important to understand that ” Lemon juice and tomatoes, for example, are acidic. But when ingested, they promote alkalinity. The pH of the actual food does not dictate the net effect on the body. Rather, it’s the “potential renal acid load” which measures acid in excretion/urine.

Even though there are parts of the body that can handle highly acidic materials, such as the stomach, it is important not to consume too much acid food because effects can be long term: : kidney stones, increased chance of cancer, liver problems and heart disease. A person is also at risk of acidosis which is a disease where your body fluids contain too much acid because the kidneys and liver are not functioning properly.  Symptoms of this are… 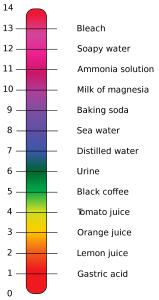 What can you do?

To get away from a high acidic diet, you could try a plant-heavy diet with reduced refined sugar.  An example of a healthy meal with low levels of pH would be mushrooms, corn, beef and collard greens. It is really important to make sure you have a balanced diet, based on acidity, because the riscks are quite dangerous.

What do you think makes the human body not capable of consuming and maintaining large amounts of material with pH levels below 7.4?

Gut Microbiome is Responsible for PTSD?