A Possible Way to Prevent Asthma in Infants

Did you know that asthma in infant boys may soon be able to be prevented? Infant boys whose mother’s have asthma are at a higher risk of developing asthma due to genetics. However, according to a study published by the University of Alberta in Canada, the structure of the gut microbiome may also play a role in the development of asthma in these boys. Microbiomes are the bacteria that live in human digestive tracts. The research team, led by epidemiologist Anita Kozyrskyj, studied the characteristics of the gut microbiome in 1000 infant boys born to mothers with asthma.

The team discovered that these boys were one-third as likely to have certain characteristics in their gut microbiome when they were 3-4 months old. The boys had a significantly less amount of Lactobacillus microbes. This evidence suggests that maternal asthma can be associated with the lack of Lactobacillus. The team believes that this discovery could lead to modifying the gut microbiome in these infants to reduce their risk of developing asthma.

The team started this research because they wanted to study the sex-based differences between boys and girls born to mothers with asthma. The gut bacteria on infant girls was affected differently. Girls have more bacteria than boys that maintain a mucus barrier and protect the gut cells. The team believes that this barrier protects the girls from developing asthma as babies, but are more prone to developing it during puberty.

Asthma is a breathing disease that affects many people. It is interesting to learn about how this sometimes deadly disease may be able to be prevented in infants. Although there it is not definite that this can be prevented, it is fascinating to read about this possibility. For more information on gut microbiomes, click here and here. Based on this research, do you think that scientists will be able to find a way to modify the gut bacteria? 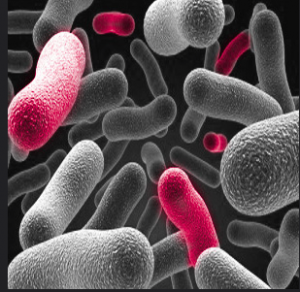