Do you really want to eat Sharks? 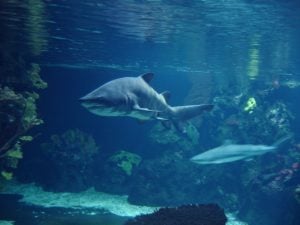 In a recent study at the University of Miami, scientists found high concentrations of toxins in shark fins and cartilage. These toxins have been very closely linked to neurodegenerative diseases such as Alzheimer’s Disease or Amyotrophic Lateral Sclerosis (ALS). Therefore, the research team suggests that restriction for shark consumption will benefit the consumer’s health and for shark conservation.

Deborah Mash, Professor of Neurology and senior author of the study at the University of Miami, conducted a study to show the concentration of toxins found in a sample of sharks. Fins and muscle tissues were collected from 10 shark species found in the Atlantic and Pacific oceans. The samples were then found to have concentrations of two toxins, Mercury and β-N-methylamino-L-alanine (BMAA). Such toxins on their own pose a health risk, but together it can have a synergistic toxic impact.

Sharks have been known to live in the higher stages of the food web. Therefore, these water creatures have had a longer life span than other creatures in the water. As a result, sharks accumulate and concentrate toxins. This can be quite deadly for the human population as more and more people are in demand for shark parts.

In Asia and and globally in Asian communities, shark products have been used in many food selections. Shark fins, cartilage, and meat are used as a delicacy and as a source of traditional Chinese medicine. Therefore, 16% of the world’s shark species have been threatened with extinction.

“Our results suggest that humans who consume shark parts may be at a risk for developing neurological diseases.” said Mash. Limiting the consumption of sharks will provide health benefits and a positive conservation outcome for sharks.

So before you order the shark fin soup from the menu, think about how your health could be affected. Think about the endangered sharks in our oceans. Let’s do it for the sharks!

Coffee: The Drink for a Healthier Life