Beetle and Bacteria are Best of Friends

The thistle tortoise beetle, a type of insect native to Eurasia, has, astonishingly, the ability to break down pectin.  Pectin is a polysaccharide that makes up plant cell walls that is undigestable to most animals due to its structure.  The tortoise beetle, a leaf-eater, has developed a symbiotic relationship with a certain bacteria that can break down pectin, allowing the leaf-munching insects to chow away. 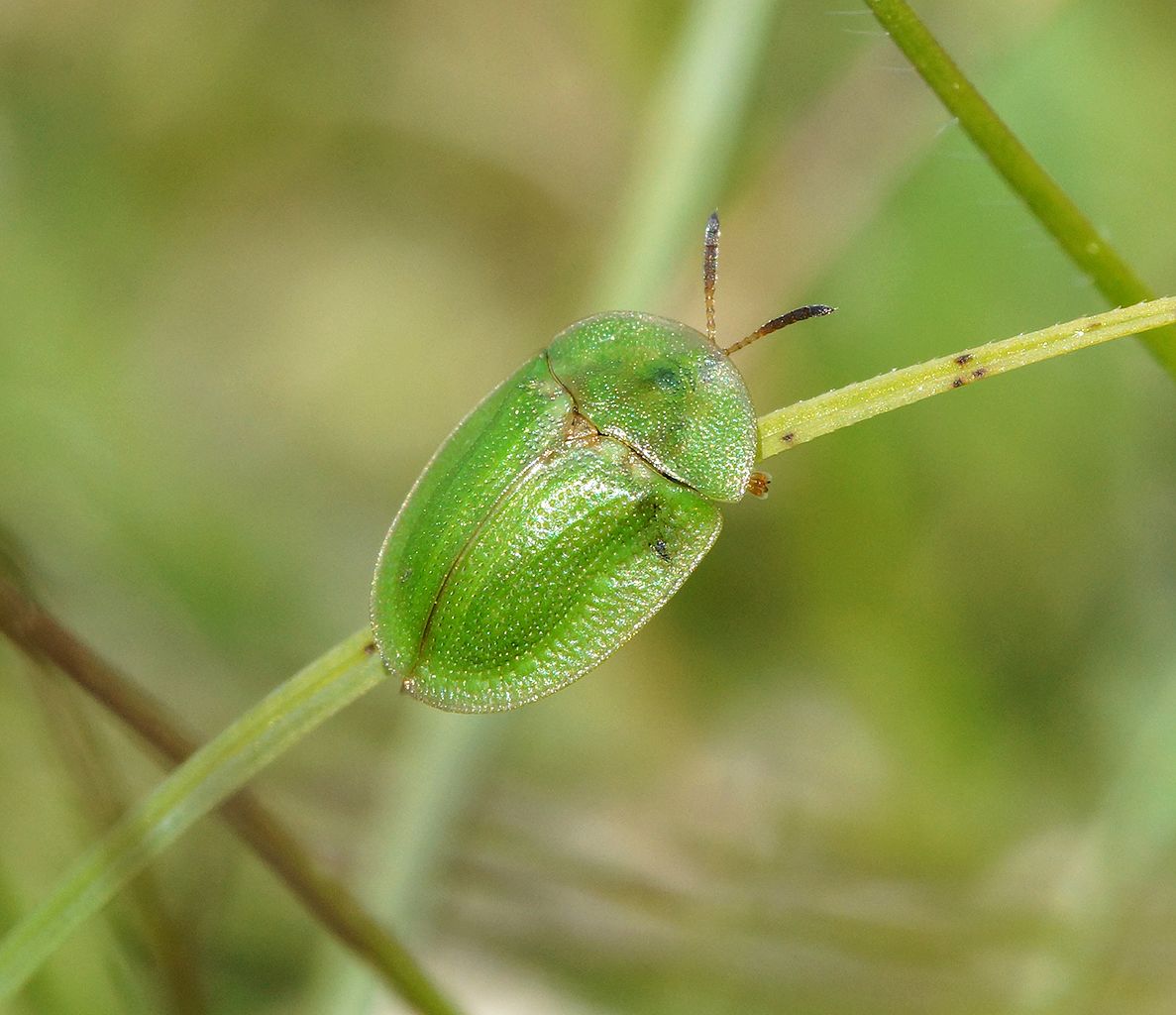 Hassan Salem, the lead author of the study, became interested in how the small insects had the ability to gain nutrients from plant cell walls.  Salem looked in the gut of the beetle and noticed a certain bacteria with the genes to create enzymes that allow pectin and other tough molecules to be broken down in the beetle, where the beetle’s digestive tract can then absorb the nutrients.  What makes the bacteria interesting is that it contains significantly fewer DNA base pairs in its genome.  A typical bacteria has millions of DNA base pairs while this bacteria only has around 270,000 DNA base pairs.

Thistle Tortoise Beetle on a leaf

The bacteria has developed such an advantageous symbiotic relationship with the thistle tortoise beetle that it doesn’t require an abundance of DNA base pairs.  The strain of bacterium is more similar to that of “intracellular bacteria and organelles than to free-living bacteria” (Clark).  The bacteria is so important to the survival of the beetle that female beetles insert a portion of their own bacteria into each egg so that the unhatched insects can create their own colonies.  Salem named the bacteria Candidatus Stammera capleta.