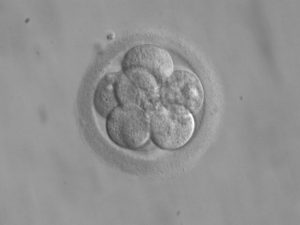 Did you know that there are over six thousand genetic disorders? Have you ever wondered whether it was possible to prevent or “cure” a genetic disorder? Well, for the first time in history, a group of scientists have succeeded in editing a dangerous disease-causing mutation out of human embryos.

In the study published in the journal Nature in August of 2017, scientists reported a major accomplishment and milestone in gene editing: the ability to successfully edit dozens of embryos, fixing a mutation that causes a common and fatal heart condition known as hypertrophic cardiomyopathy (HCM).

HCM is a condition in which the heart muscles become abnormally thick and forces the heart to work harder to pump blood. The condition can cause sudden heart failures and death, affecting mostly young athletes. HCM is caused by a mutation in the MYBPC3 gene. 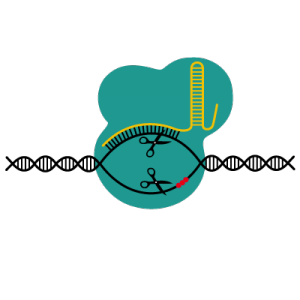 Allowing for the success of the experiment is a recent and powerful gene editing technique, called CRISPR-Cas9. CRISPR-Cas9 is a genome editing tool that enables scientists to remove or alter parts of DNA sequences. The technique consists of an enzyme, Cas9, that essentially acts as “molecular scissors” to cut the strands of DNA.

In the experiment, scientists injected CRISPR-Cas9 into sperm from a man with HCM to cut out the mutated DNA sequence in the MYBPC3 gene. The scientists then used the sperm to fertilize eggs from a healthy woman and found that forty-two out of fifty-eight (seventy-two percent) embryos were mutation free. Through this process, the scientists also discovered a way in which embryos repair themselves: the sperm with removed sections of DNA copied the healthy DNA sequence from the egg cell (instead of from the synthetic DNA template scientists created).

However, the new possibility of gene editing to prevent hereditary conditions, such as Alzheimer’s disease, also brings up the ethical issues rooted in genetic engineering. With the promising technology, not only would scientists be able to edit out mutations in genes of embryos but they would potentially also have the ability to choose selective traits, such as intelligence or athleticism.

Is editing a dangerous mutation from genes in human embryos ethical? Professor of genetics and embryology at the Francis Crick Institute in London, Robin Lovell-Badge believes that it “could certainly help families who have been blighted by a horrible genetic disease.” Co-author of the study and reproductive endocrinologist, Paula Amato states, “I think it could be widely used, if its proven safe.” What do you think?