Editing the human genome has been a highly controversial subject matter in the field of bioethics as advancements with techniques like CRISP/Cas9 allow for precise DNA cutting and sequence addition.  As of February 14th, a panel for the National Academies of Sciences and Medicine concluded that altering DNA in gametic cells is ethical as long as it is only utilized to cure genetic diseases that could be passed down to offspring and not to simply enhance health or certain characteristics.  This is novel as former recommendations given by organizers of a global summit on human gene editing proposed that gene manipulation via molecular scissors should not be used in the production of babies.  However, it is important to note that while the Nation Academies reports often impact policy formation in the United States and around the world, they hold no actually legislative weight and authority rests in hands of Congress, regulatory agencies like the FDA, and both state and local governmental bodies. 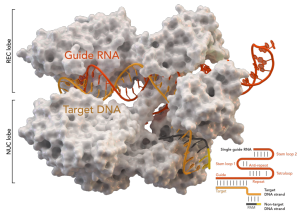 Some scientists like panel cochair Alta Charo of the University of Wisconsin-Madison Law School are still highly skeptical of heritable gene editing and have not yet pinpointed times when it is just to perform.  “We are not trying to greenlight heritable germline editing,” says Charo, “We’re trying to find that limited set of circumstances where its use is justified by a compelling need and its application is limited to that compelling need.  We’re giving it a yellow light.”  Others hold the notion that any manipulation of the germline will inevitably culminate in the creation of “designer babies”.  In their minds, this could stigmatize disabled people, heighten inequality between the rich and those who can’t afford the treatment, and possibly start a new wave of eugenics like seen in the sci-fi film Gattaca (1997). Marcy Darnovsky, executive director of the Center for Genetics and Society in Berkeley, California, comments, “Once you approve any form of human germline modification you really open the door to all forms.”

On the other end of the spectrum, many are thrilled with the decision and see a bright future for the human race.  Sean Tipton, a spokesman for the American Society for Reproductive Medicine in Washington, D.C., states, “It looks like the possibility of eliminating some genetic diseases is now more than a theoretical option.  That’s what this sets up.” Indeed, debilitating diseases caused by mutations in single genes like cystic fibrosis and Huntington’s could become a thing of the past in the near future.  Unfortunately, genome editing to cure more complex diseases and disorders associated with mutations in multiple genes (autism, schizophrenia, etc.) is still very far in the future.

In reality, there is little to worry about in the area of germline editing for now as panelist Jeffrey Kahn of Johns Hopkins University ensures that the beginning of heritable gene alteration is closed off until requirements can be met at the legislative level.  Additionally, the panel presented numerous obstacles that must be cleared before germline manipulation can become a reality.  Nita Farahany, a bioethicist at Duke Law School claims, “Some people could read into the stringency of the requirements to think that the benefits could never outweigh the risks.”  Also, the requirement to follow up with multiple generations of genetically modified children to study what consequences the therapy holds for future offspring is an invasion of privacy.  Farahany adds that, “You can’t bind your children and grandchildren to agree to be tracked by such studies.”  On top of all this, it is extremely difficult to draw distinctions between therapies and enhancements. George Church, a Harvard University geneticist, remarks that nearly all medical advancements could be considered life-enhancing.  “Vaccines are advancements over our ancestors. If you could tell our ancestors they could walk into a smallpox ward and not even worry about it, that would be a superpower.”

So, where will germline editing take the species Homo sapiens?  Is the cure for cancer on the horizon?  Would the pursuit of creating perfect humans be beneficial or harmful for society?