8 Genes That May Be Affecting Your Sleep Patterns

Have you ever wondered why you struggle to fall asleep at night, while your sibling has no issues sleeping soundly for eight hours? What causes your sleep patterns? While your sleep may occasionally be affected by a particularly stressful event, leading to irregular sleep patterns, for

While your sleep may occasionally be affected by a particularly stressful event, leading to irregular sleep patterns, for many, it is simply caused by the way their brains and bodies work. New research has identified for the first time eight specific genes that are linked to insomnia or excessive daytime sleepiness. The data also revealed that some of the genes associated with disturbed sleep identified in this study seemed to be linked to certain metabolic and neuropsychiatric diseases too, like restless leg syndrome, schizophrenia, and obesity.

Richa Saxena, one of the co-authors and assistant professor of  anaesthesia at the Massachusetts General Hospital and Harvard medical school, explained why this research was so important: while “it was previously known that sleep disturbances may co-occur with many diseases in humans, but it was not known that there are shared genetic components that contribute both to sleep problems and these conditions.” Furthermore, while studies have previously identified genes linked to some sleep disorders, this is the first study that has specifically linked genes to insomnia. 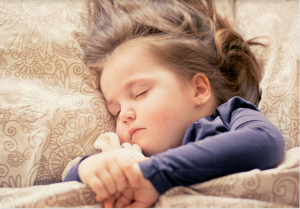 The study looked at the prevalence of insomnia, sleep problems and excessive daytime sleepiness in 112,586 European adults who had participated in a UK Biobank study. All participants had their genes mapped, as well as additional information like weight and diseases/chronic conditions. The results revealed fascinating linkages between certain genes. For example, the genes linked to insomnia were most strongly related to those associated with restless legs syndrome, insulin resistance, and depression, while the genes associated with excessive daytime sleepiness were also linked to obesity. Saxena remarked again that “it was not known until this study that there are shared genetic components- shared underlying biological pathways- that contribute to both sleep problems and these shared conditions.”

Of course, this study is not 100% conclusive- people who have trouble sleeping are not necessarily at higher risk for restless legs syndrome, schizophrenia, and obesity. In reality, it is likely that many different genes contribute to both sleep problems and these medical problems, Saxena said. But this new study does suggest that these problems share genes and underlying pathways.

So what does this research do for the average person? Well, not much. Right now, it’s just fascinating news that there may be a genetic reason people with these disorders are more likely to have troubled sleep. However, there is hope that in the future researchers will be able to design and test various drugs to target these genes. This would bring immense benefits to people who struggle to keep normal sleep patterns, as well as helping individuals proactively avoid diseases they may be more at risk for (for example, obesity).