The process of Human Gene Editing developed with the goal to prevent future generations from suffering from genetic diseases present in past generations, like our own. Human gene editing, provided it is done only to the correct disease, alters the DNA in embryos, eggs, and sperm to the when reproduction occurs, the gene for the disease or disability is not inherited. However, two weeks ago the National Academies of Sciences and Medicine issued a report stating that human gene editing is being used to enhance people’s health or abilities. This is considered unethical according to organizers of a Global Summit on human gene editing.

Human gene editing has been given a “yellow light” because the process is not yet approved to be done on people. There are high hopes that diseases caused by only 1 genetic mutation such cystic fibrosis and Huntington’s disease will be eliminated due to this process. Unfortunately diseases that are caused by more than one genetic mutation, such as autism or schizophrenia, are not curable by this process. 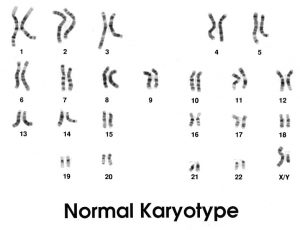 Gene Editing on humans is such a controversial topic right now: is it ethical to change genes? should the practice be used to change physical appearances? Ultimately, if Human Gene Editing is approves, who decides when it becomes too much, or unethical. This grey area is presented to be somewhere between when it is appropriate to help aid the life of a human, ridding them of a disease, and when enhancements are made.