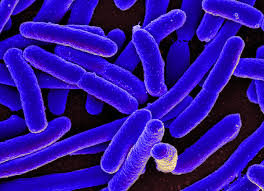 A study done by Cornell University and King’s College London revealed that Christensenellaceae minuta, a strain of gut bacteria, was found more often and in larger quantities in people with lower body masses. To investigate whether the bacteria is actually linked with obesity, researchers added the same bacteria into the guts of mice and compared their weight gain to mice lacking the bacteria. The research showed that the mice with Christensenellaceae minuta gained noticeably less weight than the mice lacking the bacteria. While research is still in its early stages, these results have made an exciting connection between bacteria in our gut and weight gain, which could dramatically impact the future of our health.

In addition to obesity, the bacteria in our gut has also been linked to cancer- in both beneficial and detrimental aspects. Researchers from the National Cancer Institute tested the effect of gut bacteria on chemotherapy in mice and found that the chemotherapy was significantly less effective in the mice lacking the bacteria. Similarly, another study found that cyclophosphamide, an antitumor drug, was less effective in mice with insufficient gut bacteria compared to those with normal levels. While these studies showed positive links between gut bacteria and cancer, other studies have found adverse effects of gut bacteria.

Unfortunately, a study published in The Journal of Cancer Research in 2012 has made a possible connection between Lactobacillus johnsonii, a strain of gut bacteria, and lymphoma, cancer of the white blood cells. The study claims that the presence of this specific strain of bacteria could lead to the development of lymphoma. Another study done in the UK in 2013 found that a specific gut bacterium, Helicobacter pylori, has the ability to deactivate the part of our immune system responsible for regulating inflammation. In effect, this could cause stomach cancer and ulcers.

While it may seem like a stretch, numerous studies have found a possible link to autism and the bacteria in our gut. A study done in 2013 by Arizona State University found that compared to children without autism, children suffering from autism had lower levels of Prevotella, Coprococcus and Veillonellaceae, three strains of gut bacteria. Even more surprisingly, another study revealed that the presence of Bacteroides fragilis in the gut reduced autism-like symptoms in mice. Research in this field is still in its primary stages, as researchers are trying to figure out if these connection are in fact related, and if so, how the bacteria directly effects these conditions.

Mouse Gut Research Could Save Your Brain