This year, people across America will make New Years Resolutions about eating better, losing weight, and being healthier. Unfortunately, microbiota, those pesky little gut bacteria in charge of digestion, will be trying to foil your plans.

Microbiota is the term used to describe the entire population of trillions of microbes living in our intestines. Every person has a unique set of individual microbiota, based both on genetics and environmental factors such as diet. It is crucial in the digestive and immune systems, and in producing some vitamins. 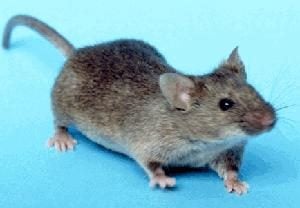 A new study has shown that humans living an unrestricted American diet develop certain gut microbiota, that aren’t so easy to get rid of, and once a person switches to a nutritious, plant based diet, that microbiota interferes, counteracting the effects of the diet. In an experiment at the Center for Genome Sciences and Systems Biology at Washington University in St. Louis, scientists took the microbiota of human samples, half who followed calorie restricted plant-rich diets, and half who had un-restricted diets, and implanted them into test mice. They then switched all the mice to a healthy, plant-rich diet. Although both groups responded to the diet, those with the unrestricted diet had a much weaker and delayed reaction. Scientists then started co-housing the groups of mice. The healthy diet microbiota slowly migrated to the unhealthy mice, accelerating their reaction to the diet, symbolizing hope for future strategies for improving the effectiveness of diets using this data.

As a US government publication, this picture is in the public domain