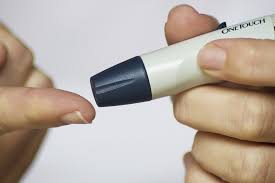 By removing the protein galectin-3 (Gal3) from the insulin receptor cells, a team of investigators led by University of California School of Medicine researchers were able to reverse diabetic insulin resistance and glucose intolerance in mice with diabetes. This could be the beginnings of a break threw in the cure for type 2 diabetes.

By binding to insulin receptors on cells, Gal3 prevents insulin from attaching to the receptors resulting in cellular insulin resistance. A research team led by Jared Olefsky MD, discovered that by genetically removing Gal3 or using pharmaceutical inhibitors to target it, insulin sensitivity and glucose tolerance could be returned to normal. Olefsky stated, “Our findings suggest that Gal3 inhibition in people could be an effective anti-diabetic approach.”

This discovery although untested on humans yet, could be the beginnings of a cure for type 2 diabetes. As a member of a family plagued by Type 2 diabetes, this study can offer hope to us and millions around the world. My main question/ concern, would be is this a one time procedure? Or a recurring treatment?. Either way, this discovery is a huge step for the diabetic community around the world.