Crispr-Cas9 is a genome editing tool that is creating a whole lot of buzz in the science world. It is the newest faster, cheaper and more accurate way of editing DNA.  Crispr- Cas9 also has a wide range of potential applications. It is a unique technology that enables geneticists and medical researchers to edit parts of the genome by cutting out, replacing or adding parts to the DNA sequence.  The CRISPR-Cas9 system consists of two key molecules that introduce a mutation into the DNA. The first Molecule is an enzyme called Cas9. Cas9 acts as a pair of scissors that can cut the two strands of DNA at a specific location in the genome so that bits of DNA can be added or removed.  The second is a piece of RNA called guide RNA or gRNA. This consists of a small piece of pre-designed RNA sequence located within a longer RNA scaffold. The scaffold part binds to DNA and the pre-designed sequence guides Cas9 to the right part of the genome. This makes sure that the Cas9 enzyme cuts at the right point in the genome. 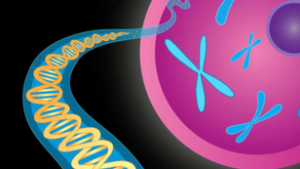 CRISPR-Cas9 is efficient compared to previous gene-editing techniques, but there’s still plenty of room for improvement. CRISPR is less efficient when employing the cellular process of homology-directed DNA repair, or HDR, as opposed to nonhomologous end joining.  Jacob Corn, the scientific director of the Innovative Genomics Initiative at the University of California, Berkeley, and his colleagues have come up with a way to improve the success rate of homology-directed repair following CRISPR-Cas9. “We have found that Cas9-mediated HDR frequencies can be increased by rationally designing the orientation, polarity and length of the donor ssDNA to match the properties of the Cas9-DNA complex,” the researchers wrote in their paper, “We also found that these donor designs, when paired with tiled catalytically inactive dCas9 molecules, can stimulate HDR to approximately 1%, almost 50-fold greater than donor alone.”

“Our data indicate that Cas9 breaks could be different at a molecular level from breaks generated by other targeted nucleases, such as TALENS and zinc-finger nucleases, which suggests that strategies like the ones we are using can give you more efficient repair of Cas9 breaks,” coauthor Christopher Richardson, a postdoc in Corn’s lab, said in a statement.