What came first, the chicken, the egg, or the allergic reaction?

A new study showed the beneficial effects CRISPR/Cas9 can have on those with allergies… in this case, to chickens! For those who don’t know, CRISPR/Cas9 is a gene-editing tool that is used to target certain parts of DNA and modify, disable or enable them. The tool ha 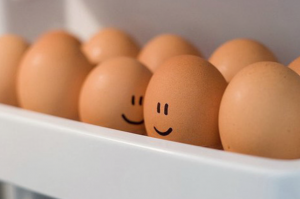 s been used all across science to inhibit diseases, fix problems with fetuses, change traits, and now to help genetically modify food. Using CRISPR/Cas9 is different than the current definition of genetically modified, which includes injecting chemicals into the food to maximize the amount or change some part of it. This means we humans are ingesting the chemicals; this has led to many concerns. However, CRISPR/Cas9 uses a different approach.

In this specific example, CRISPR/Cas9 creates knockout chickens, or chickens that have had their genes “knocked out”, turned off. Specifically, the ovalbumin (OVA) and the ovomucoid (OVM) genes.  These genes code for proteins that are found in egg whites. It has been discovered that many people are allergic to the proteins produced, so CRISPR/Cas9 targets the genes and turns them off and no proteins are produced. These “genetically modified” eggs are the same as regular eggs just hypoallergenic. In addition, some vaccines are made with egg whites, CRISPR/Cas9 will make it possible for the people who usually have an immune response to the egg whites in those vaccines, to safely receive them. One of the most notable vaccines that uses egg whites is influenza, a very popular vaccine that most of the population receives, and those who couldn’t were at a disadvantage before CRISPR/Cas9. The scientists have said they will continue to cross the modified chickens to see if they are able to knockout more common allergens. So no matter if the chicken or the egg came first, they are now both safe to consume by humans.