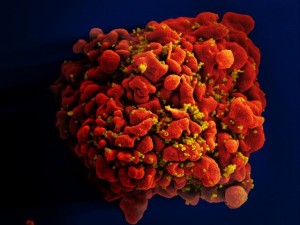 CRISPR-Cas 9 is an extremely advanced gene editing tool. This tool has efficiently created ways to make precise and targeted changes to the genome of living cells. However, in a study in the journal Cell Reports, scientists from the McGill University AIDS Center in Canada discovered drawbacks in using CRISPR to treat HIV. Instead of simply removing the virus from affected cells, the process of using CRISPR can also strengthen the infection by causing it to replicate at a much faster rate.

HIV has always been a popular disease to conduct research on. Scientists are constantly attempting to come up with ways to kill HIV. Several cures to HIV have been developed such as various as antiretroviral drugs, however, these medicines stop being effective after the patient has ceased to take them. As scientists have started to utilize gene editing tools to remove HIV they have been noticing the huge drawback. They realize that while the gene alteration allows the virus to be killed off in some cases, the resulting scar tissue can lead to the infection becoming stronger! Kamel Khalili, a scientist at Temple University, pointed out that the key to eliminating HIV could lie in attacking the virus at different sites using CRISPR.