“A supercomputer that’s alive? No way, sounds like a bunch of nonsense sci-fi to me!” Well, an international team of researchers at McGill University would beg to differ.

These researchers recently created a supercomputer that uses biological agents as an energy source, rather than electricity. Their new “biocomputer” is also significantly smaller and more energy efficient than the typical supercomputer.

The secret? ATP, or energy used by almost all living, breathing creatures. ATP speeds up the “thinking” process in a computer by allowing it to make parallel computations instead of sequencing only one signal at a time. 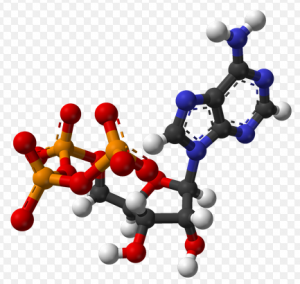 Strings of biological agents arranged in a very miniscule (on the nano scale) but highly organized circuit grid are powered by ATP to move in a controlled fashion to send parallel signals in the computer.

One of the most famous supercomputers, IBM’s Watson, is very large, as depicted by the image below: 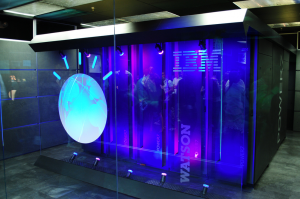 But this new biocomputer is about the size of a book due to the nano scale of the biological agents. Also due to these agents, there is less heat produced, so the computer uses a lot less energy than an electronic supercomputer (which often needs its own power plant to function).

Of course, further research needs to be done, but this creation of the biocomputer is a huge achievement in the world of artificial intelligence.

Check out this other article regarding the new biocomputer, and these articles on more information about the supercomputers of today, such as Watson and Google’s AlphaGO, and artificial intelligence in general.