Researchers at the University of Colorado Boulder have recently discovered that early life exercise can improve the activity of the gut microbiome. The gut microbiome is the next big thing in scientific research as scientists discover its affect on both general health and disease progression.

“Our gut microbiota contains tens of trillions of microorganisms, including at least 1000 different species of known bacteria with more than 3 million genes”. Microbiota, found in the intestine, help with a range of bodily functions such as digesting foods that the stomach is unable to, producing vitamins, and helping the immune system. 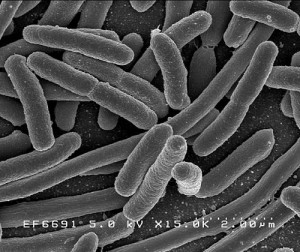 ‘‘Exercise affects many aspects of health, both metabolic and mental, and people are only now starting to look at the plasticity of these gut microbes,”. Bacteria reside in infants’ intestinal tracts after birth to assist digestion and immune development. Exercise increases the effectiveness of these bacteria, and a  healthy gut biome promotes better brain function and causes antidepressant effects.

Do you think that this is an obvious or an unexpected idea, that early life exercise strengthens the gut microbiome? Does metabolic health usually coincide with mental health? Why would the gut microbiome be related to gene-making?