Unfortunately, bullying is commonplace in most schools in America.  Most people are aware of the mental and psychological harm that bullying can cause, but not until very recently have they been aware of the lasting physical changes it can cause.  With the discovery of epigenetics, or the study of genetic traits or expressions that are not caused by DNA, but rather by the methylation or concealing of genes, a new door into the effects of bullying was opened. A group of researches from the UK and Canada performed a study on identical twins.  At age 5, the twins had not been exposed to bullies and expressed almost all of the same traits, physically and emotionally.  The researchers then waited until the twins were 12, 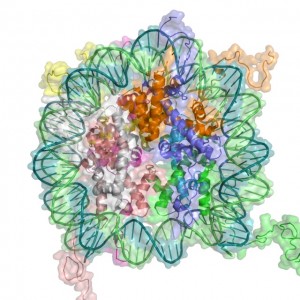 and revisited only the twins that had different experiences with bullying (one twin was bullied when the other was not).  The researches found big disparities in the twins epigenome, or the way they express their genes.

The bullied twin’s protein that codes for a protein that helps move the neurotransmitter serotonin into neurons called SERT had significantly more DNA methylation in its promoter region.  This change is thought to dial down the amount of proteins that can be made from the SERT gene — meaning the more it’s methylated, the more it’s “turned off.”  Therefore, the bullied twin is unable to produce as much serotonin.  This effect is thought to persist through a person’s life.  The effects of bullying will persist an entire lifetime.

This study is not only interesting from a scientific standpoint, but it is also very important in the movement against bullying.  These scientists proved that bullying not only does immense psychological harm, but it also effects people’s well being in a very real and lasting way.