We all know stress isn’t always a good thing, but it could be important to especially avoid it at certain points in one’s life. Recently researchers from the University of Lethbridge in Canada investigated the effects of stress on pregnancies and how it can influence pre-term births. It is already known that pre-term births them selves lead to health issues later in life, but there were some new discoveries involving epigenetics. 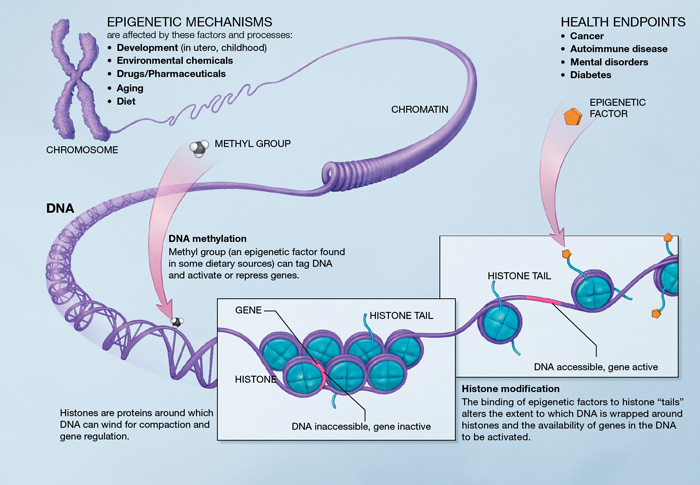 These researchers studied the length pregnancies of rats, due to the generally small amounts of variation between them, and found something intriguing. They carried out the experiment by first splitting the first generation of rats into “stressed” and “not stressed” groups. What they found was that the daughters of stressed rats had a shorter pregnancy than the daughters of not stressed rats.

This trend continued into the granddaughters of the rats. They also displayed high levels of glucose than the control group, and they weighed less. The stress also compounded, or increased, through generations.

This can all translate into human pregnancies. The researchers believe that the epigenetic changes in the rats is due to microRNA (miRNA) – non-coding RNA molecules that play a role in regulating gene expression. They bind to complementary mRNAs and prevent them from being translated. This is different than what is usual belief with epigenetics which is that epigenomes are affected by DNA methylation of the nucleotide base pairs. Metz, a scientist working on this research states that microRNAs “are important biomarkers of human disease, can be generated by experiences and inherited across generations. We have now shown that maternal stress can generate miRNA modifications with effects across several generations.”

It is very similar to the information found with the generational epigenetic effects of famine in the “Ghost in Our Genes” video that we watched in class.

This research can help determine pre-term births and the causalities that can come along with them. While the research is still not the whole picture, it is another step towards understanding our genetics.