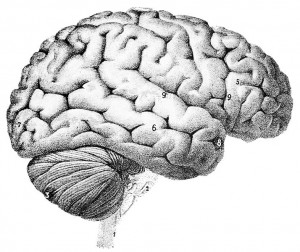 Neurodegenerative diseases: Disease such as Alzheimer’s, Parkinson’s and Huntington’s disease that undergo a neurodegenerative process, specific neurons are targeted for degeneration.

Spiny brain cell: The desired end brain cell in this study, and a brain cell affected by Huntington’s disease

In a study by the researchers at Washington University School of Medicine in Saint Louis, they demonstrate a way for human skin cells to be specifically converted to a type of brain cell. This study can help in the rehabilitation of people with Huntington’s disease by turning skin cells in to brain cells that are lost through this neurodegenerative disease. This is all accomplished without passing through the stem cell phase preventing other cell types forming.

This research involved adult skin cells that Yoo, the senior author, and his colleagues reprogrammed by using two microRNAs: miR-9, and miR-124. These micro RNAs open up the otherwise tightly packaged and inactive sections of the gene critical to the formation of brain cells. While the micro RNAs open up genes used for the creation and functionality of neurons, transcription factors taken from a part of the brain where medium spiny neurons are common directs the newly formed brain cells to a specific subunit of brain cells. The researchers then observed that the newly formed brain cells behave and function in a similar way to the native medium spiny neurons in mice, allowing this study to proceed in to further stages of experimentation, and hopefully result in a treatment practical for human use.

How do “Evergreen” trees survive such long winters?

Fat lies: Did you inherit your body?