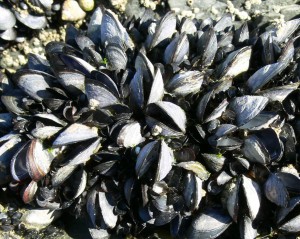 Scientists at MIT have created their own adhesive that could revolutionize multiple aspects of life. This adhesive would be used for patching up multiple things ranging from ships to human wounds. The adhesive is made from the proteins found in mussels and the proteins in biofilms. The way mussels stick to ships is because the proteins act as a natural adhesive/glue like material. Biofilm is a group of organisms that stick to each other and other surfaces.

Separate, these both have strong attaching abilities, but when combined, the MIT scientists created the “strongest biologically inspired, protein-based underwater adhesives reported to date”. The new adhesive was created by using the foot proteins in the mussels. More specifically, they used the curli fibers which attach and form larger and stronger fibers, called fibrous meshes. The fibrous meshes can be used both in dry and aqueous solutions making it very versatile.

Do you think that this adhesive can make an impact on society?