OUCH! : Why some people may be more sensitive to pain than others. 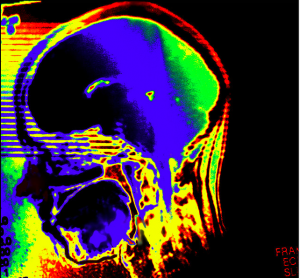 Have you ever noticed that some people are more “sensitive” to pain than others? Many may wonder if a person’s sensitivity pain could be simply psychological or if there is a true genetic disposition to be more prone to pain. New research suggests that it IS a biological disposition that causes people to feel more pain than others!

In the study, researchers asked 116 perfectly healthy people to rate the pain they felt when a small area of their skin was heated to 120 degrees Fahrenheit. After a few days of testing the subjects were placed in MRI machines. The findings of the MRIs, to the surprise of the researchers did indeed show a link between a persons sensitivity to pain and the thickness of a persons brain cortex, an area previously linked to attention control and introspection.  What researchers discovered was that the thinner the cortex of these areas, the more sensitive people were to painful stimuli.

According to Nichole Emerson, a graduate student at Wake Forest Baptist Medical Center, “Subjects with higher pain intensity ratings had less gray matter in brain regions that contribute to internal thoughts and control of attention”.

These findings can not only explain the cause of pain, but also may lead to breakthrough in how doctors in the near and distant future treat patients suffering from chronic pain.

The areas identified in the new study have been previously associated with resting or daydreaming; often referred to as “default mode”. This may explain why people with less gray matter area are more sensitive to pain. Default mode activity may compete with the brain activity that generates an experience of pain. In simpler terms, People who spend more time daydreaming may be less sensitive to pain.

In addition to the grey matter of the brain, researchers also associated pain with the posterior parietal cortex (PPC). The PPC also plays an important role in how people maintain attention. People who can best keep their attention focused may also be best at keeping pain under control.