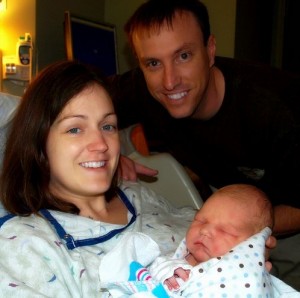 Intro:A recent Ludwig Cancer Research study, conducted at the University of California, San Diego, School of Medicine, was published in Nature Biotechnology. It concerns a new technique, called HaploSeq, that can determine (1) whether a specific gene sequence is maternal or paternal (2) how to better match organ donors (3) how to better understand human migration patterns. This will aid studies concerning how genes contribute to diseases and will be revolutionary in its contributions to modern medicine.

Old Technique: Current gene sequencing is considered quick and cheap: it takes one week and costs $5,000. But, except for sex chromosomes, everyone has two copies of each chromosome, one from the dad and one from the mom. These techniques cannot distinguish between the two, so the source of a gene cannot be determined.

Disease: It distinguishes which genetic variants occur together, concluding that they came from one parent due to their juxtaposition. People at risk for cancer usually have many DNA mutations. This technique can permit scientists to determine if mutations are on same or different chromosomes, assessing level of the risk. Risk is reduced if two mutations are on one chromosome, for the other chromosome can make up for the mutated one.

Organ Donors: A variety of genes contribute to compatibility, but there is variability among them. This technique can determine if DNA differences can create a good match. Researchers believe that in the future, a DNA database can be created to better pair donor and recipients.

Human Migration Patterns: This technique will facilitate the analysis of human migration patterns and ancestry. People can simply compare their DNA to that of others to find any common ancestors. This will allow scientists to compare individuals and their relationships to others on a microscopic level. This contributes to the HapMap project, an international project to access worldwide human genetic variation in order to combat diseases.

Significance: Bing Ren, a scientist conducting this study, said: “In the not too distant future, everyone’s genome will be sequenced. That will become the standard of care.” DNA sequencing is the next step in revolutionary medical techniques, making this study a revelation.

New Prehistoric Fish Discovery to Change How We View Our Evolutionary History?

How many ligaments did you really tear? For me, it’s now 4!