It’s always the fat kid who gets blamed for eating the last cookie or finishing the last bag of chips. People are always expecting him to take seconds, and will hide the good snack from him because they know he won’t hesitate to finish it. Unfortunately, he gets made fun of sometimes for his weight. However, it may not be all his fault…he may have something other than his food intake to blame for his heavier complex… 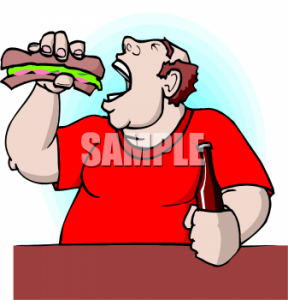 A recent study tested this theory of the genes. Scientists focused on only one ethnic group, and conducted an experiment to determine the fat preference and corresponding gene CD36 status of over 300 African Americans. Results showed that higher genetic variance that was directly “associated with higher preferences for added fats and oils,” including salad dressing and cooking oils. In addition, they discovered that those with the genetic variance of CD36 prefered “dressings creamier” than those without the variance, suggesting that the CD36 gene directly affects the preference for fats. Investigators than targeted the second gene, TAS2R38, and found that 70% of people are “tasters” of bitter compounds while others are “nontasters.” Those that were nontasters were found to have more fewer buds for these compounds, which was directly the result of the gene. As a result, these individuals had more difficulty detecting the presence of fats, and thus consume more fats to compensate. The gene was indirectly responsible for the wanting of fats.

Are the teens on teen mom the only ones?