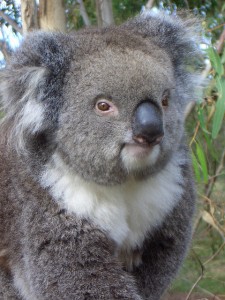 We all know that species have been going extinct when faced with threats such as climate change, reduced habitat and diseases. A recent New York Times article reveals one such species that people have realized is in danger is the koala. Besides the loss of habitat and climate changes in Australia, a new bacterium has been found in wild koalas called chlamydia.

There are two strains now known which have been affecting the koala population in Queensland. The first is Chlamydia pecorum and the second is C. pneumoniae. The bacteria are transmitted through mating and birth and possibly fighting. Some of the symptoms are eye infections, which can lead to blindness that will make it hard for them to find eucalyptus leaves, respiratory infections, and cysts that cause female koalas to be infertile.

The bacteria is growing so much in the area of Queensland since many of the koalas there are infected with koala retrovirus which acts like H.I.V. in koalas making their immunes system shut down. There is no way to treat the retrovirus but researchers are trying to create a vaccine to prevent the spread of chlamydia. There is no set plan on how to distribute the vaccine yet but they are still trying to figure out what the most efficient method of vaccination will be after tests have been completed.