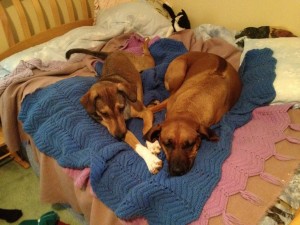 Let’s face it there are many nights when we don’t get the sleep we need for some reason or other.  Not getting the recommended eight hours of sleep is pretty much the norm for students, but according to a new study this lack of sleep could really be hurting us later on.  This new study found that disrupted sleep appears to be associated with the build-up of amyloid plaques, which are a known to be a hallmarks of Alzheimer’s disease, in the brains of people who did not yet have any memory problems.

The author of the study Yo-El Ju, who works with Washington University School of Medicine conducted the study by testing the sleep patterns of one hundred people, ages 45 to 80, who were free of dementia.  Half of this group had a family history of Alzheimer’s.  Sleep diaries and questionnaires were used to learn about the patients sleeping habits as well as a device placed on the participants for two weeks to measure sleep.

The study found that 25% of the participants had evidence of amyloid plaques, which are known to be able to show up years before symptoms of Alzheimer’s appear.  Most of these people spend an average of eight hours in bed, but only 6.5 hours asleep due to waking up at night.  The study found that people who were waking up more than five times an hour were more likely to have the amyloid plaque build-up than the people who didn’t wake up much at all.  The study also said that people who slept less efficiently were more likely to have markers of early stage Alzheimer’s disease.  Dr.Ju says it will take more time and data to fully understand the link, but I think for now it is safe to say that sometimes we should put our homework down and get to sleep.

Smart Pills? There’s an App for That!