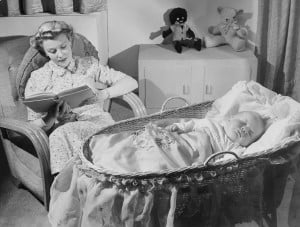 Are you an early bird? Perhaps you’re a night owl? Well researchers at the Faculty of Physical Education and Recreation at the University of Alberta have been doing studies that have found that their may be neurological differences between morning and night people.

After using a questionnaire to separate subjects based on habits, researchers used magnetic torque imagining-guided brain stimulation to test things like muscle torque and excitability of pathways through the nervous system. The tests found that while morning people’s brains were most excitable at 9 in the morning and increased throughout the day, evening people were most stimulated at 9 at night. However, researchers found that night people’s strength increased throughout the day and morning people’s strength maxed out by night time. This is interesting because both groups increased reflex pathway ability for stimulation as the day went on, but the night group didn’t max out as the morning group did. This is evidence supporting the notion that everyone’s nervous systems function differently.

“What does this mean though? Why’s it important?” Well increasing our understanding of the NS allows us to enhance our ability to work towards cures for neurologic diseases. The principle that everyone’s brain and nervous system functions differently could lead to multiple methods specialized for curing patients and ultimately higher success. On top of this, it could lead to a better understanding as to why certain people do certain things (ex: psychopaths vs. normal), why some people are rhythmically sick more often than others, and why some teenagers are more antisocial and prone to depression.

Are you feeling depressed? There’s an app for that!