Learning to kill trees in order to save them 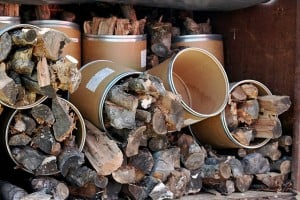 According to a recent New York Times article, there are researchers who are trying to figure out why trees seem to be dying for no reason. The problem they focus on is called the “sudden aspen decline” which is where aspens begin to die in large numbers after a period of drought. The scientists wanted to delve further into the plants to see what exactly was happening to the plants. The two theories were that either the tree would close its stomata to prevent transpiration but also cut off its carbon dioxide supply or that the xylem was collapsing from not having enough water. In the end they decided that in the case of the aspens the xylem had been damaged in the samples they collected from the dead trees but there could have also been other factors such as bugs damaging the trees when they were weakened by the drought. The exact details of the research were presented in a paper by William R. L. Anderegg. This research will help the scientists find ways to prevent these massive deaths of forests but this is not the only reason or the major reason for forest death so a lot of research is still needed to really help these ecosystems. The author of the Times article had also previously published a much longer article on forest deaths which goes into climate issues.