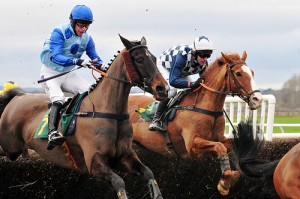 It’s no secret that stem cells

are incredibly controversial.  However, a new study is giving hope that they may be the new cure to the horrible and often fatal disease laminitis

,which is found in horses.  Laminitis is a vascular disease in which areas of ischemia or hemostasis occur with in lamina in a horse.  The lamina are found in the hoof of a horse and are responsible for holding the coffin bone in  place.  In severe cases of laminitis the coffin bone can begin to rotate, and if it becomes fully rotated the bone will come through the hoof if the laminitis is not stopped.  When this occurs the only option is euthanasia for the horse.  Even in horses who survive laminitis this disease can be career ending and will often leave horses only able to live out their lives in a field instead of as a riding horse.  Laminitis was the cause of death for the great horse Secretariat.